A mental health charity in part of Northern Ireland facing the worst economic effects of coronavirus and a rising death toll has received a £10,000 grant.

The Mid-Ulster Association for Counselling and Psychotherapy (MACP) halted face-to-face counselling to limit the spread of infection but has seen an influx of new clients worried about catching the virus.

MACP chairman Joe Coney said the organisation had been inundated by new clients young and old who are extremely anxious due to the virus.

He added: "People are anticipating the worst."

The charity service is helping clients look at ways to keep safe and lower anxiety levels.

It has bought new laptops, phones and other equipment to enable online counselling.

Mr Coney said: "Without that money, there is no way we could have operated.

"We are taking new referrals daily, males and females and young people."

He said there had been a number of people diagnosed with coronavirus in the area, including his own town of Coalisland in Co Tyrone.

Mr Coney added: "For three or four people to have died with Covid around this area would be quite a high number but we are getting calls from all over Mid Ulster."

The Centre for Progressive Policy (CPP) applied an Office for Budget Responsibility (OBR) scenario and said economic output could fall in Mid Ulster by 45%.

The Halifax Foundation has awarded £387,854 to 66 charities in Northern Ireland to help their response to Covid-19.

On the day lockdown was announced, March 23, the foundation moved immediately to provide emergency grants to support charities helping those most at risk.

They included those running food banks and delivering food parcels to those in need, domestic abuse support and online employability support for those who have lost their jobs.

Executive director Brenda McMullan said: "We are truly humbled by the amazing efforts of our charity and community sectors during these very uncertain and unprecedented times.

"The foundation is working hard to award additional funding to those that need it most, and we are aware that time is of the essence.

MACP was one of five chosen charities selected in Northern Ireland to be awarded £3.390 by the Institute of Directors Fund towards working with Mental Health. Our members Daniel Whitelaw and Janette Potts attended the celebration event on 28th Feb 2020 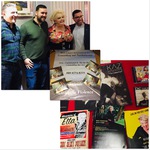 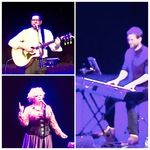 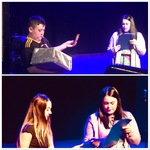 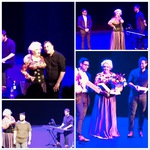 A CHARITY providing trauma counselling has been inundated with calls from "shocked" teenagers caught up in the Cookstown hotel tragedy.

The JMC Counselling and Training & The Mid-Ulster Association for Counselling & Psychotherapy service provided face-to-face support to scores of young people who witnessed the horrific events of the previous evening in which three teenagers were killed.

Distressed workers from the Greenvale Hotel also contacted the charity, which is staffed by a team of 30 people with offices in Coalisland, Co Tyrone.

Counsellor Michael O'Neill said it was impossible to estimate the number of telephone calls and social media messages they received as they had been "flat out", with extra staff coming in to work the public holiday.

GAA clubs including Dungannon and Tullysaran in Co Armagh contacted the counselling service to provide their premises as a 'drop in'.

While we cannot go into the details of what we have been told, all the young people who approached us have been in complete shock," Mr O'Neill said.

"These were teenagers who were all going out to have a night's fun and are now dealing with grief and trauma."

Mr O'Neill urged concerned parents to communicate with their children who had been affected.

"Please don't let children be on their own - the most important thing is talking. I know it is impossible to keep young people off social media but try to limit what they are reading online," he added.

"Parents know their own kids but it is good to encourage them not to be afraid to speak about their experience and to seek advice of counsellors and GPs if needs be.

"We also know that staff members who were working at the hotel were badly affected and some got in touch with us yesterday - they need help too... If you have been affected, please don't suffer this alone, contact us as soon as possible."

Please send in your completed referral form to

PLEASE NOTE THIS EMAIL ADDRESS IS FOR REFERRALS ONLY. ANY ENQUIRIES RELATING TO ANYTHING ELSE, WILL NOT BE ASSESSED AND AUTOMATICALLY DELETED. PLEASE USE THE GENERAL EMAIL ADDRESS FOR ALL OTHER ENQUIRIES.